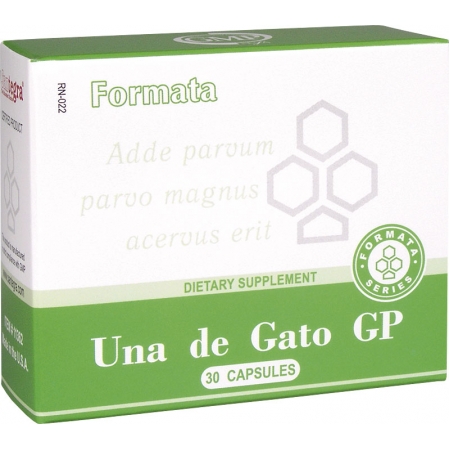 Uncaria tomentosa, commonly known as Una de gato or cat’s claw grows wild in the Amazon region of Peru and neighboring countries between 400 and 800 meters above sea level. It can reach several inches in diameter and 1,000 feet in height. Cat’s claw gets its name from the sharp thorns on its stem, resembling the claws of a cat.

Cat’s Claw has been used by the Native Americans of Peru for 2000 years and to this very day it is thought to be sacred, the “Miracle cure for all diseases”.

Cat’s claw has a long history of use by native peoples as a folk medicine to treat intestinal complaints, asthma, wounds, ulcers, tumors, arthritis, inflammations, diabetes, menstrual cycle irregularities, fevers, dysentery, and rheumatism and even was used as a contraceptive. Moreover, it was noticed that the native population almost does not suffer from tumors.

After these claims drew the attention of scientists in Europe and the USA, tests began to demonstrate that active components in cat’s claw boost the activity of the immune system, reduce inflammation, and scavenge damaging particles known as free radicals. Cat’s Claw may also offer antibacterial, antiviral, antimutagenic, and anti-tumor properties.

The inner bark of cat’s claw is a rich source of valuable biologically active constituents. Research on Cat’s Claw began in the early 1970’s. In 1989 the plant’s main active ingredients oxindole alkaloids were isolated and tested.

Oxindole alkaloids have been proven to be effective immunostimulants. Some of them display an ability to inhibit platelet aggregation and thrombosis, and may be useful in the prevention of stroke and reducing the risk of heart attack.

As well as these alkaloids researchers have discovered other beneficial phytochemicals inherent in the plant, including proanthocyanidins, polyphenols, triterpines, and the plant sterols: beta-sitosterol, stigmasterol and campesterol. That might explain the antioxidant, anti-microbial, anti-tumor and anti- inflammatory properties attributed to this plant.

Uncaria tomentosa has a profound positive influence on the body’s defense system. It helps to activate macrophages, lymphocytes and leukocytes, normalizes immunoglobulin level, and modulates immune reactions. Quinovic acid glycoside, found in Uncaria tomentosa is one of the most active anti-inflammatory principles to be uncovered.

Many of the testimonials to the healing power of Cat’s Claw describe wonderful results in the treatment of parasitic infections and chronic digestive disturbances. Una de Gato cleanses and detoxifies the body. Due to its antacidic action and ability to improve the cicatrisation process, Uncaria tomentosa is beneficial for people suffering from increased gastric acidity, stomach and duodenal ulcers, and chronic gastritis. Scientists observed that active ingredients in Uncaria tomentosa inhibited the growth of some tumor cells. Una de Gato can be used in tumor prevention.